We have installed aquariums in Dentist and Doctors waitings rooms and Hospitals and are well aware of the effect they have on relaxing people.  This article from The Pet Gazzette is very interesting as it confirms what we have felt for a long time.

It has been discovered that fish tanks help to lower blood pressure and heart rate according to a study produced by theNational Marine Aquarium, Plymouth University and the University of Exeter assessed people’s physical and mental responses to tanks containing various levels of fish.

The study showed that: “Watching the exhibit, irrespective of condition, generally decreased blood pressure but the role of stocking level was unclear.”

After viewing an empty tank with just a few rocks participants still had a lowered heart rate by three percent and after fish were introduced into the tank this fell by seven percent. In watching the fish, blood pressure was also reduced by four percent. Participants felt more positive and more relaxed the longer they spent watching the aquarium.

Authors of the study concluded that: “There are psychological and physiological benefits of watching aquaria. The evidence that greater levels of stocking had positive effects on experience evaluations and mood extends findings from terrestrial studies that suggest dose–response relationships between biota levels and immediate psychological well-being.

Read the full article on The Pet Gazzette

Fish-keeping isn’t difficult as long as a few basic rules are adhered to. 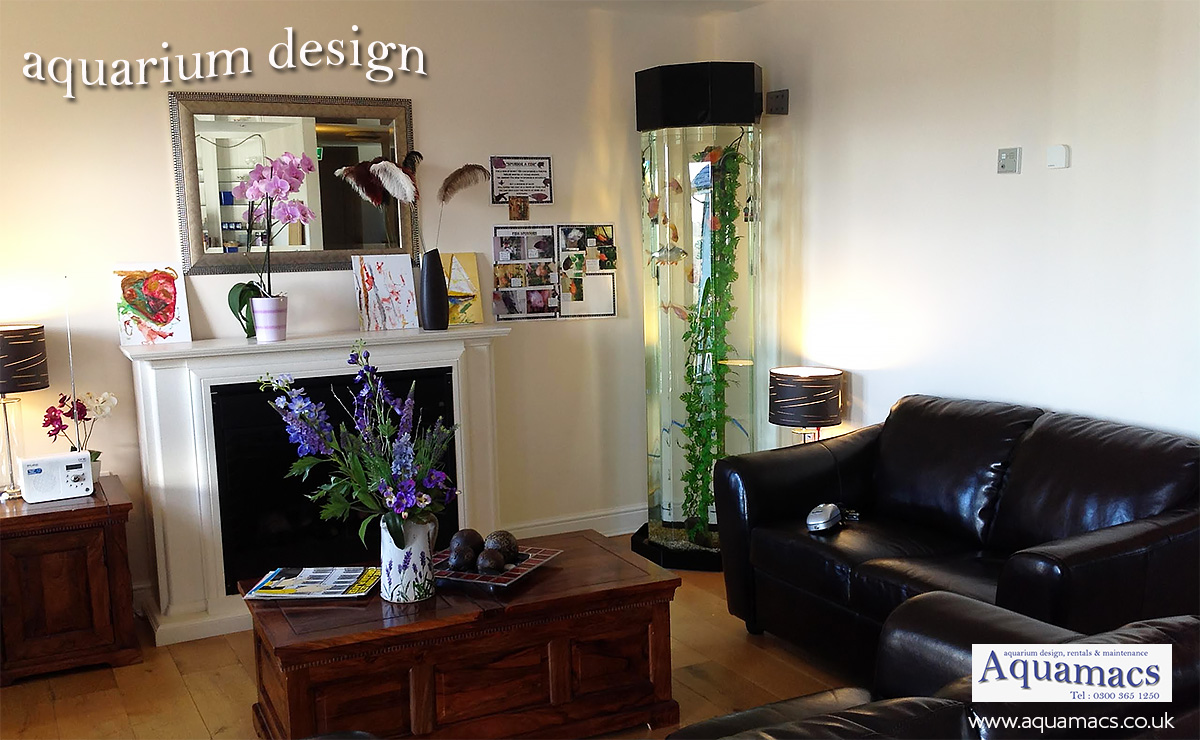 Aquamacs were chosen to supply a large aquarium for this exciting new film – one of the many film and exhibition requests that we are regularly asked to do.

This summer sees multi-award winning comedian Jack Whitehall hit the big screens as the infamous Alfie Wickers from the smash hit comedy ‘Bad Education’. The hotly anticipated THE BAD EDUCATION MOVIE opens in cinemas across the UK and Ireland on Friday 21st August 2015.

Bad Education’ launched on the BBC in summer 2012 and ran for three series. It regularly achieved a cumulative 3.5 million viewers across the BBC platforms. The show went from strength to strength with series 2 and 3 being amongst the most viewed shows on the BBC i-player, hitting highs of 2.9 million requests. 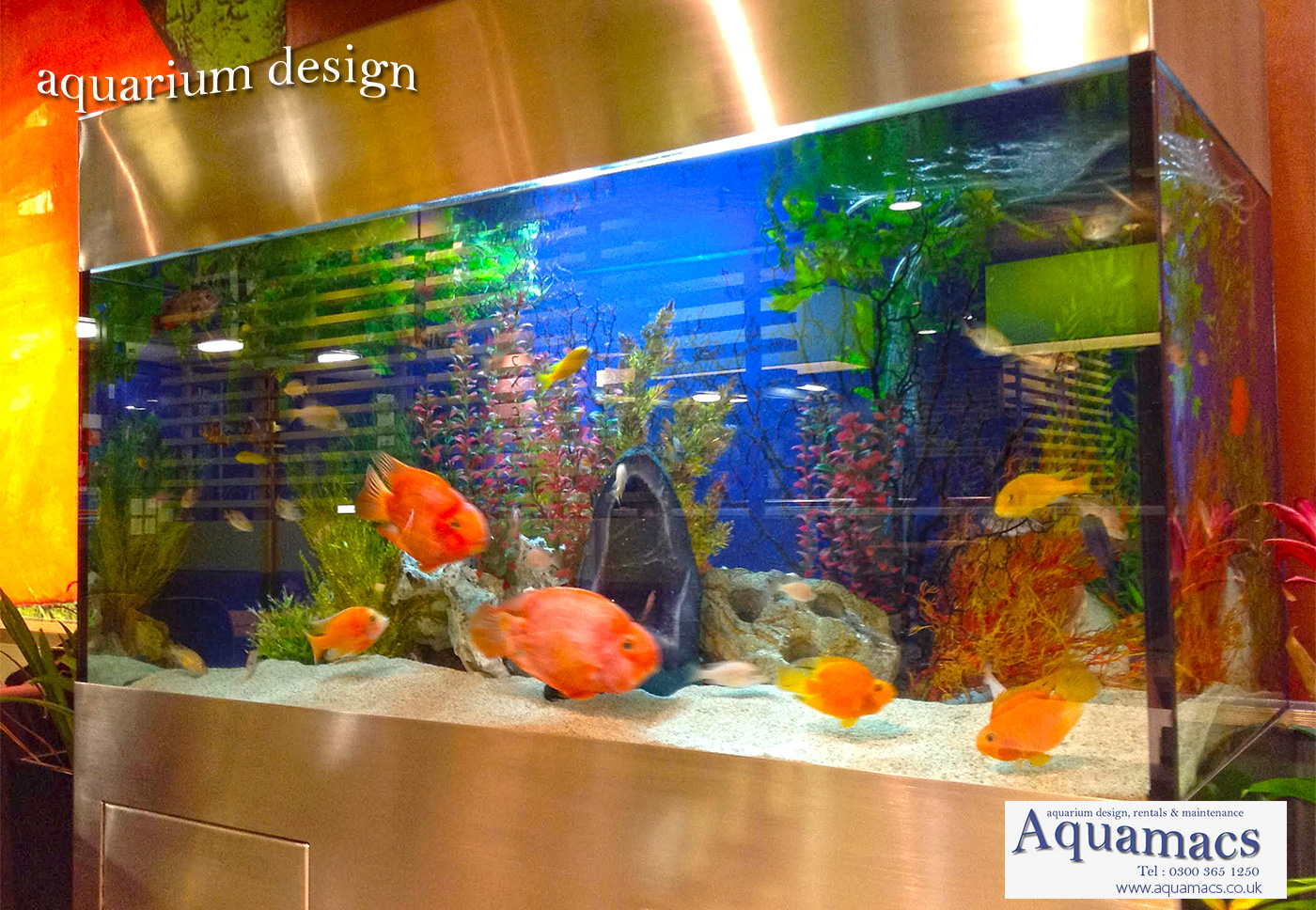 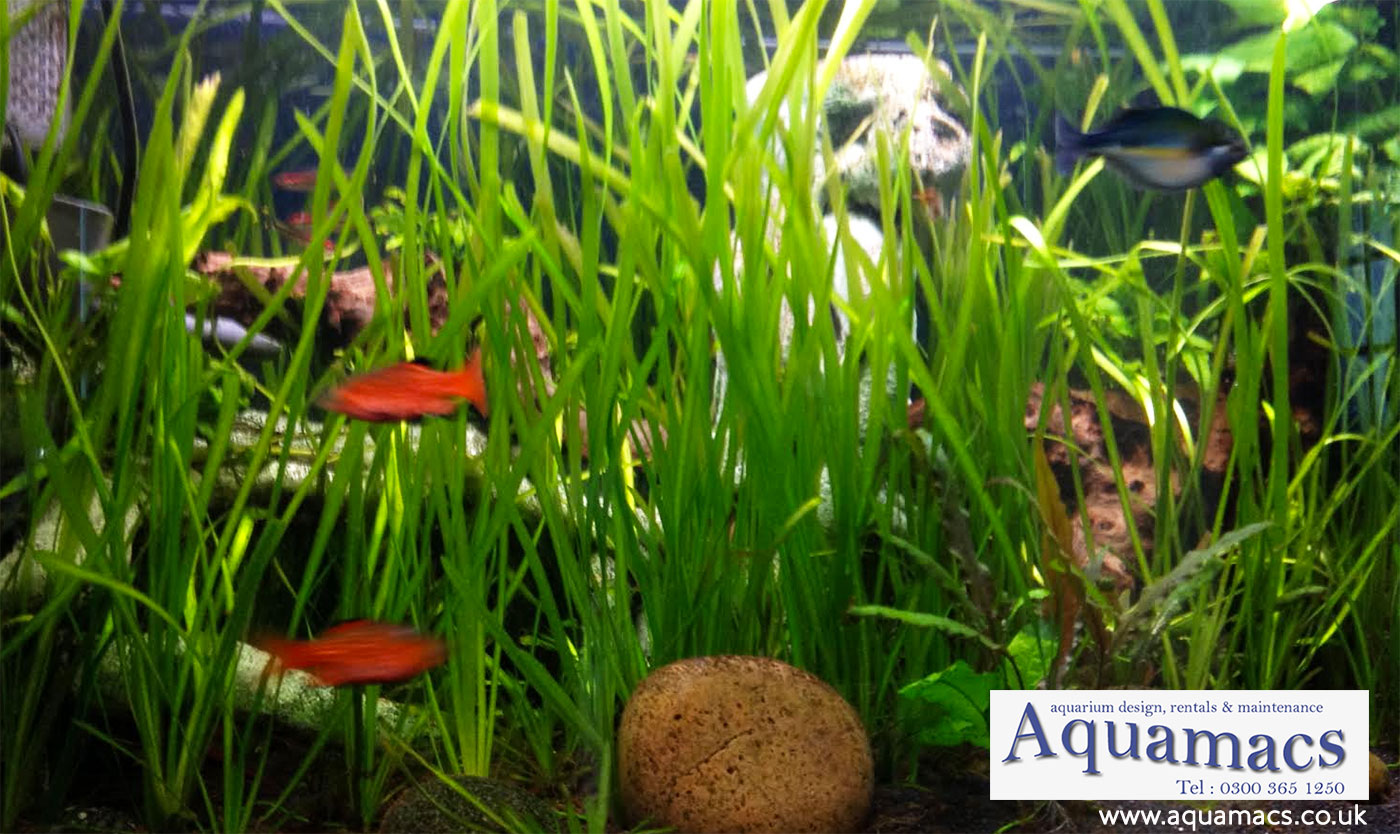 As you may be aware there have been major problems with the importation of aquarium plants over the last few years. Quite a few former suppliers are now unable to send plants to the UK.

To meet the very strict import requirements into the UK, plants have to be sprayed with insecticides to kill any bugs or larvae that might be on them.

For this reason we strongly recommend that all plants should be thoroughly washed before introducing them to livestock and especially invertebrates, particularly crustacea. To be completely safe if plants are to be placed in shrimp/crustacea aquariums then it would be a good idea to isolate them for a couple of weeks beforehand.

It is very unlikely there will problem but it is better to take all necessary precautions. 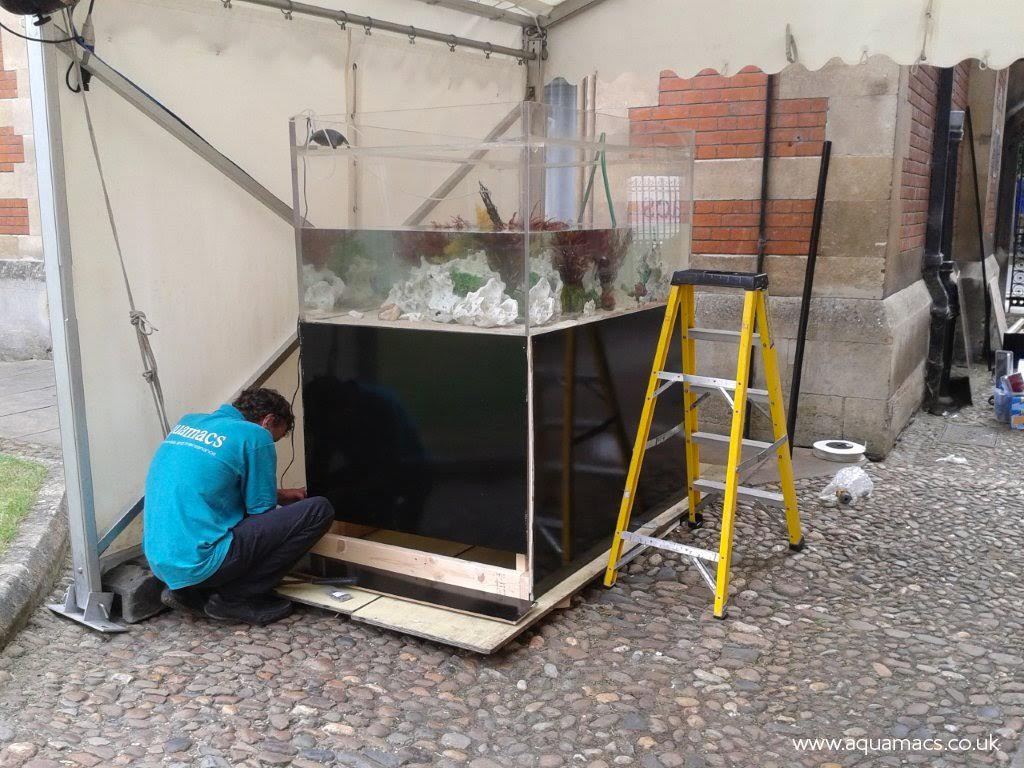 We were chosen to supply an aquarium for the Pembroke College May Ball 2015 in Cambridge (it was held in June )
This is a major event and we were very pleased to have this opportunity.

The aquarium was set up by the ticket entrance and being on a cobbled surface gave us a few challenges. We soon sorted this with some well placed boards.
Although it was a long day the actual install only took 3 hours and client was delighted with the result. We received many positive comments about the aquarium.

It was a large install – the actual aquarium is:
60″ L x 24″ H x 30″ front to back. plus the height of the cabinet – which is usually made to measure on site – to fit in with the clients requirements. 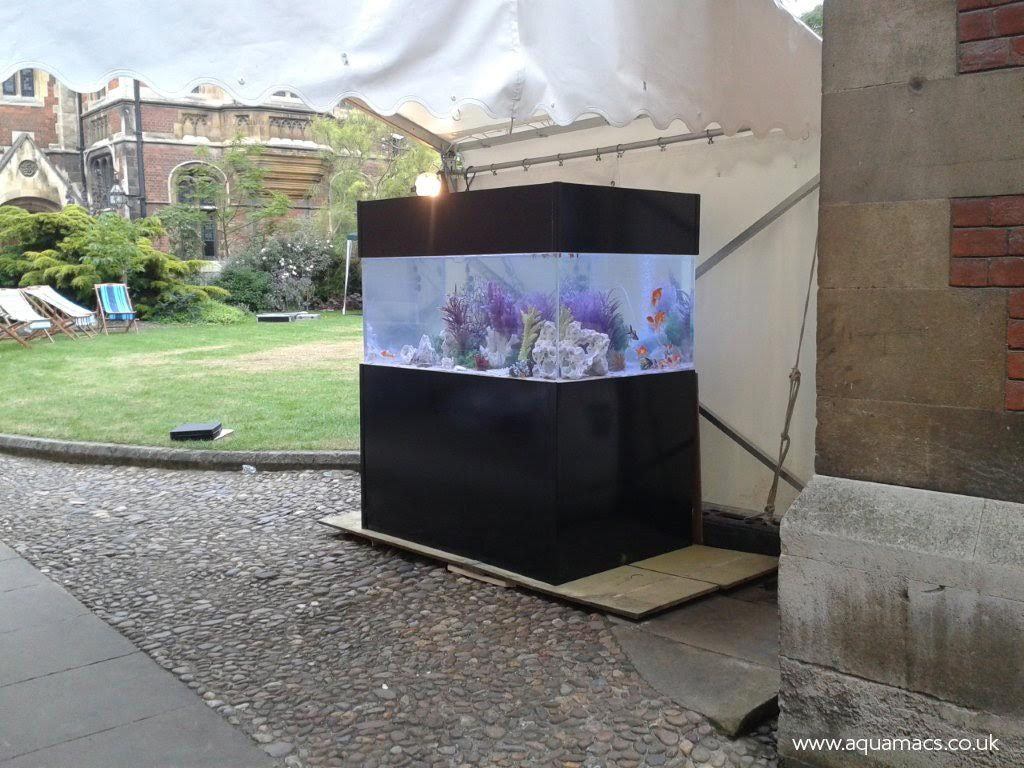 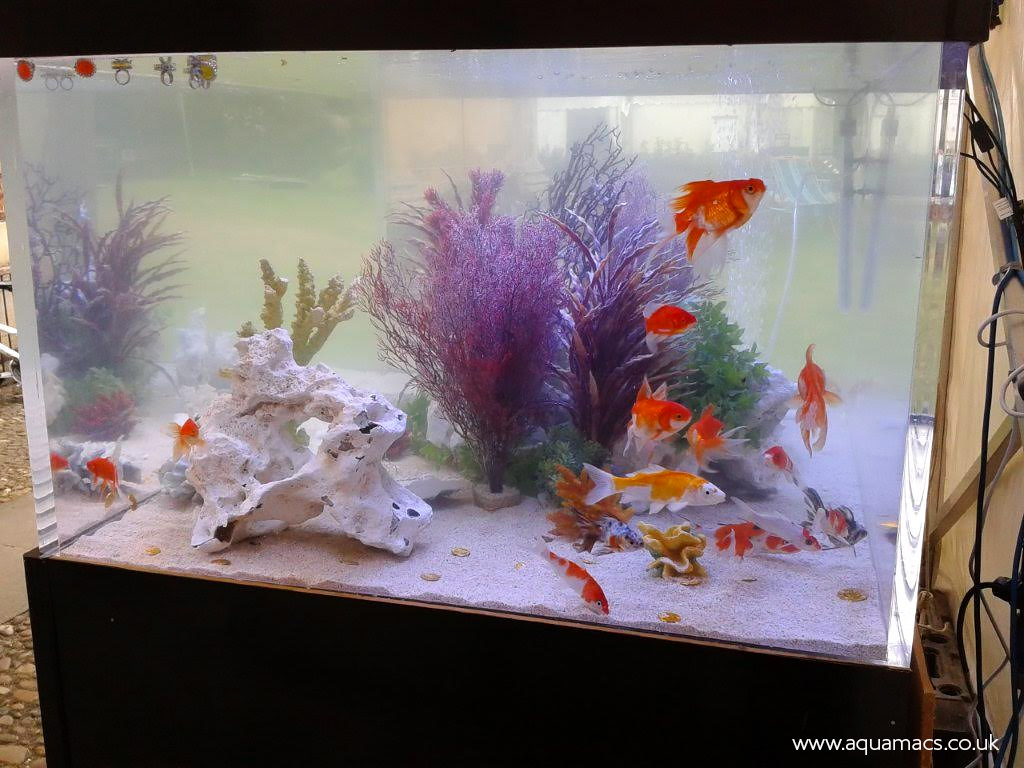 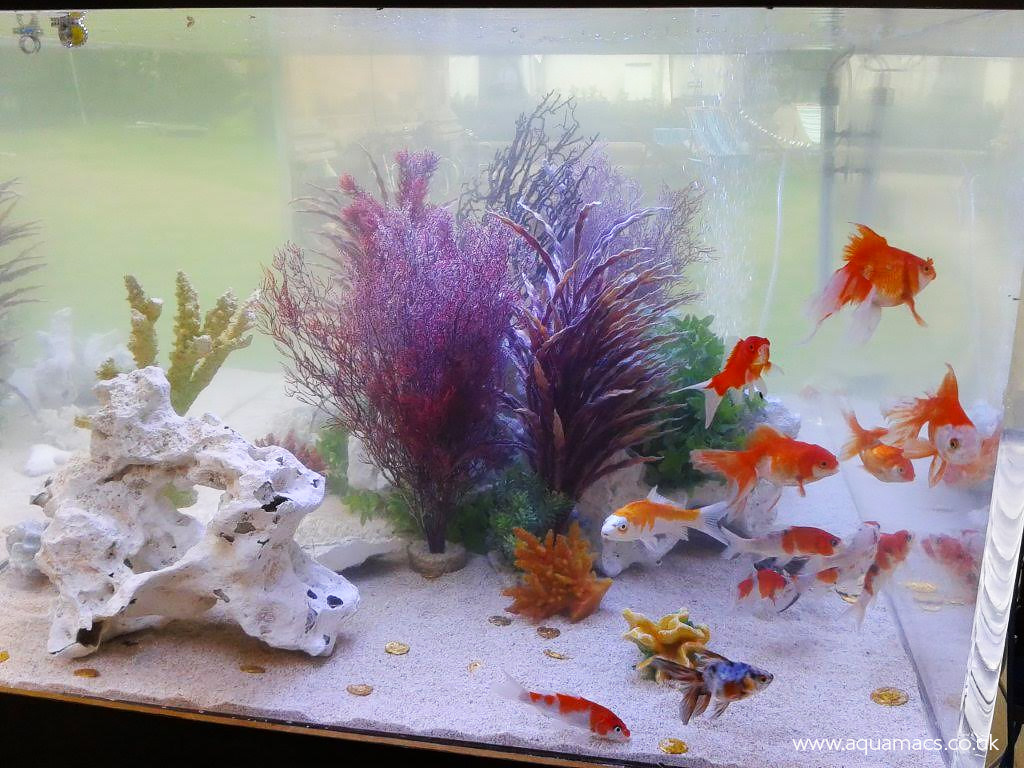 Here is another recent project, a marine tank for a private client. 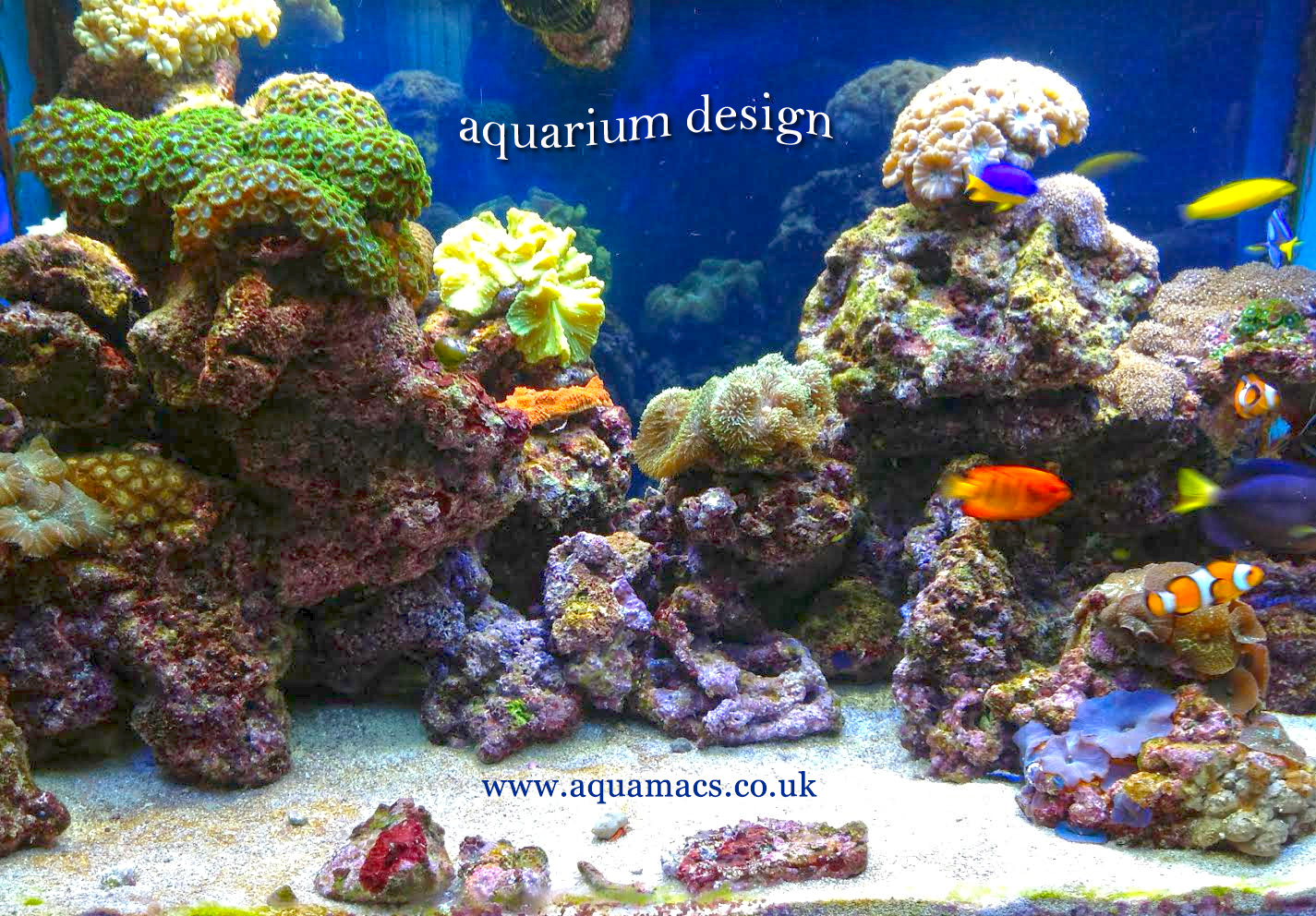 This bespoke aquarium needed larger fish to show the true scale of this stunning aquarium.
Tel No: 0300 365 1250